Today is the birthday of the surf website The Inertia 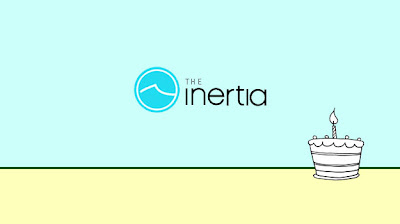 Congratulations to Zach and the crew for a job well done!

In the spirit of full disclosure I should state that I have a few pieces over on The Inertia website.

The reason I submitted there was that I was happy to support alternative surf culture websites.

The websites for er, ing and trans are pretty much the same as you would find in the magazines except they make the interns do it because they know about computers and stuff.

The large publishing house that owns er, ing and a host of other properties used to collect advertising dollars from the Action Sports Industrial clothing manufacturers are more into next years profit projections rather than the next set outside.

But as someone pointed out to me, "it's a business, what do you expect?!".

What I expect is for publishers of surf culture materials, both online and in print is to reflect actual surf culture and not the flavor of the week marketing plans.

But that rant is for another day.

So now that "The Inertia" has matured, has massive hit count and the world is your oyster, let's see what you can do in the next year.

There are great things to report on, bring to light and share in world surf culture.

Unknown said…
Spot on. Well stated and bravo.
Maybe I make too much money in my day job (ha ha ha) or maybe I'm commercially challenged, but I vote for total independence in the blog-o-sphere - free from the artificial fickleness of surf fashion.
Oh and happy birthday to the Inertia Folks.
September 13, 2011 at 1:59 PM