waiting on the drops

Waiting for the rain to start,
making breakfast for the boys
blogging 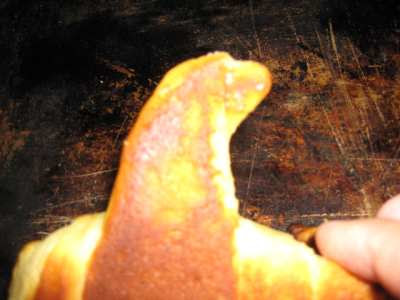 Making croissant's for breakfast when suddenly they started channeling miscellaneous monsters
I hate it when pastries do that!

But a rigger for Nessie, don't you think?!
Rest assured that I bit it's head off and went on about my day.
Quiver asked for another shot of the fin in the Brewer 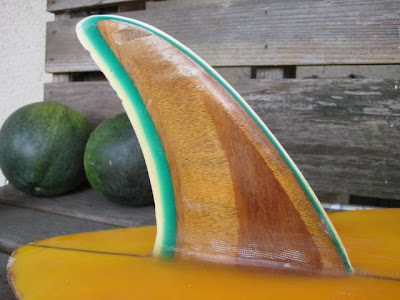 So here we go

The base is 5.75 and the depth is 7.5 inches
I believe the measurement for fin placement was "a base and a quarter".
You put the fin on the end of the tail and added a quarter of an inch and that's where the trailing edge of the fin should be.
At least that's the story I heard.
If I had any sense I would have gone to the Sacred Craft Expo.
I was looking at Steve and Cher's photos and it looked like a good time.
Shaper update
Joe Blair, who shaped my "Brewer"
is making surfboards in Solana Beach and can be reached thru his web site JBlairsurf
Labels: Brewer Croissants Nessie Sacred Craft

pranaglider said…
Divination with pastry is the future of blogging!
October 13, 2009 at 8:06 AM

Quiver said…
Thanks for the fin shot, it changes my mind that the fin that came with the board is wrong. In fact, it looks a lot like that fin. Except it's a very boring black fiberglass. 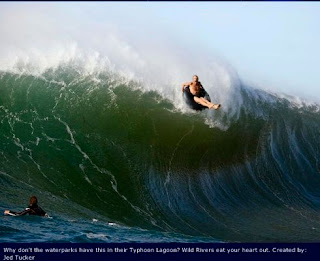 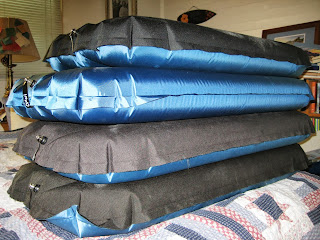