There's a song stuck in my head and the new 4GF

All sorts of things going on today so lets get started 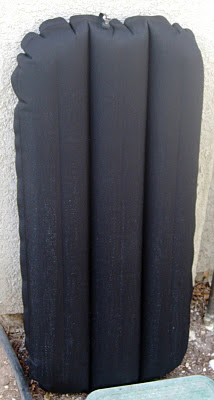 As a was driving home yesterday I made the mistake of turning from my usual pre recorded discs to the local radio.

So as I was being treated to the top ten hits

Now having a song stuck in your head isn't as bad as say a migraine
but after humming the same hook line for the hundredth time I have to admit I'm ready to reach for something suitably pharmaceutical to help mask the pain.

Seeing as that option wasn't on the table I turned to the only known cure.

I spent the early evening surfing thru you tube looking for an even worse song which while in the act of getting itself stuck in your head completely dislodges the original.

True, now you have an arguably worse song stuck where one hopes some higher brain functions might frolic but if you have been reading 23B for any length of time you know that doesn't happen very often anyway so it seemed like a fair trade at the time.

Without further ado I give you

Every mornning at the mine, you could see him arrive.
He stood 6 foot 6, weighed 245.
Kind of broad at the shoulders, narrow at the hip.
And everybody knew you didn't give no lip to Big John.

And I had been thinking about the new design model Paul is working on at 4GF headquarters when I went to sleep.

The lyric "kind of broad at the shoulder, narrow at the hip" keep repeating  over and over and over in my head so in a preemptive entry in the, "name the new 4GF model" Paul will start in a few weeks, I'm going with

Paul Gross said…
I was getting ready to paddle out a few months back, and the last song I heard on the radio was the "1 877 Cars For Kids" jingle.

That audio torture device stayed with me for days afterwards!
February 1, 2012 at 8:28 AM

pranaglider said…
Imagine a the whole crowd of matters singing "John, Big Bad John"! How fast would the crowd paddle away?!
February 1, 2012 at 8:49 AM

Kirk said…
Mongoloid by Devo- that's what I use to dislodge songs that are stuck in my head. It's better to have that than whatever was therefore originally. Luckily one of the benefits of being not very bright is nothing much gets stuck in my head for very long....
February 1, 2012 at 12:16 PM

Growling Gecko said…
Um, ok then wide shoulders, narrow hips and fast through the water, perhaps the new mat needs to be called the 4GF Spitz or 4GF Wiesmuller.
February 1, 2012 at 2:21 PM

pranaglider said…
Some variation of Michael Phelps would work or a nod to the Duke if it turns out to be a mat with a lot of Aloha.
February 1, 2012 at 2:33 PM