we last left our intrepid hero

with a new wunder mat

that is sweeping the globe 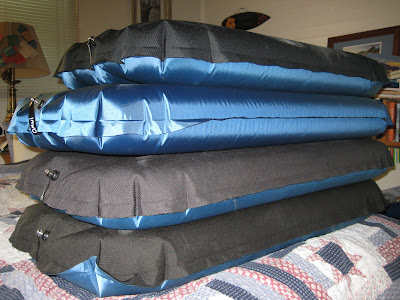 Only two things keep him from

his Kundalini piercing the final seal,

his ship coming in,

and other sundry enlightenment and bliss related stuff...

Swell can be a hit or miss deal. Ideally you have multiple crossed up swells as the Southern Hemisphere continues to pump out the goods while the Northern Hemisphere roars to life and immediately gets down to business. All the while being groomed to perfection by gentle off shore winds.

You can also get small or shall we say meager swells from either hemisphere that don't add up to nothing. Usually, for some sadistic reason unknown to me, this usually occurs with enough off shore wind to blow the little swell back to whence it came.

Leaving us with epic flatness.

oh and then there is the tide.

If you have run your boat aground you would like this tide.

Huge tidal swings every day starting with enough water in the morning to float a battleship.

The Second is the grip. I won't go into this in detail because Paul has done has done such a good job of it over at Surfmatters

Let just say the I after I get this mat done I don't want to hear the word Vulkem and surfmat spoken in the same sentence for a while.

It's not that it's undo-able. I have resurfaced my other mats several times.

It's just that I am so ill equipped for the challenge.

I don't even own a roll of tape

I type for a living, starting and stopping processes and procedures.

"Providing business concentric services to our customers" whatever that means.

My mind will spin endlessly through the millions of options while I slowly collect the necessary items.

This usually happens between between 1 and 3 am but really continues through out the day and pops up unexpectedly in casual conversations. "Yes honey I do love you! Very much my snookie - oockums! Say don't you think wavy lines of Vulkem would work great on the mat?! Now honey bunch why did you throw that lamp at me?"

Then suddenly, all the items needed will arrive. Usually at the same time as one of our pesky little "rain storms" I use the quotes because anywhere else in the universe it would not qualify as rain, more of a dewey event perhaps but not rain. So then I wait, like the caged tiger of Vulkem I have become until the weather clears.

Then in 15 minutes it will be done.

And despite many, shall we say cosmetic flaws, it will work awesome.
Labels: blue streak Omni surfmat Vulkem

Unknown said…
Youll need a couple of rolls of tape, diferent widths is handy. An old creidt card or loyalty for spreading and at least 3 pairs of dispoble gloves. Some old tooth brushes for stippling. I found taping the mat, flat to the table first helps.
November 15, 2012 at 2:00 AM

pranaglider said…
Matt23, good advice! I will get there it's just that I seem to be caught in the holiday vortex and every horizontal surface is covered with crap. I actually considered taping the mat to the wall for a flat surface to work on. :)
November 15, 2012 at 5:08 AM

Unknown said…
If its anything like as fumey as the tremflex I used which I think it is, youd be best off doing it in a shed or garage.
November 15, 2012 at 5:38 AM

pranaglider said…
the off gas is awful! I do it outside in the farthest corner of the yard. Another reason I have to wait for some clear weather.
November 15, 2012 at 6:24 AM

GRAYMAN said…
Email on the way to you dreckly Prana