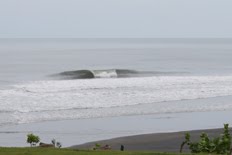 I had ventured out with low if any expectations at all

So I was pleasantly surprised that it was relatively windless

It had been weeks since I had gotten wet, too long to pass it up

I suited up with out even checking the swell just planning on getting wet and going for a swim.

Was it a mirage?

Is this what happens when you abruptly stop surfing for a spell?

I tread faster toward the surf hoping to see another peak

The next set had some size but the swell direction was obviously too steep to produce that crossed up perfection I had seen earlier but it was sort of, what's the word? Ah yes now I remember, it was glassy!

even weirder than a lone peak

There wasn't anyone out!

I live in one of the most crowded surf environments on the planet. So to see such an absence of heads bobbing outside was truly amazing

Then another peak set came thru!

Of all the days to just go,

I had picked the one that combined  slight winds, crossed up swell and a lack of crowds!

I had won the surf lottery and caught everyone napping

Now there were a few people out and many more followed, the good sets alternated with walled ones and the wind did come up and spoil the fun.

But for a few moments 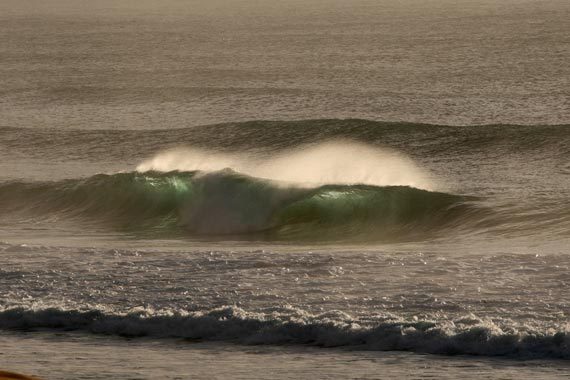 It was one of those times