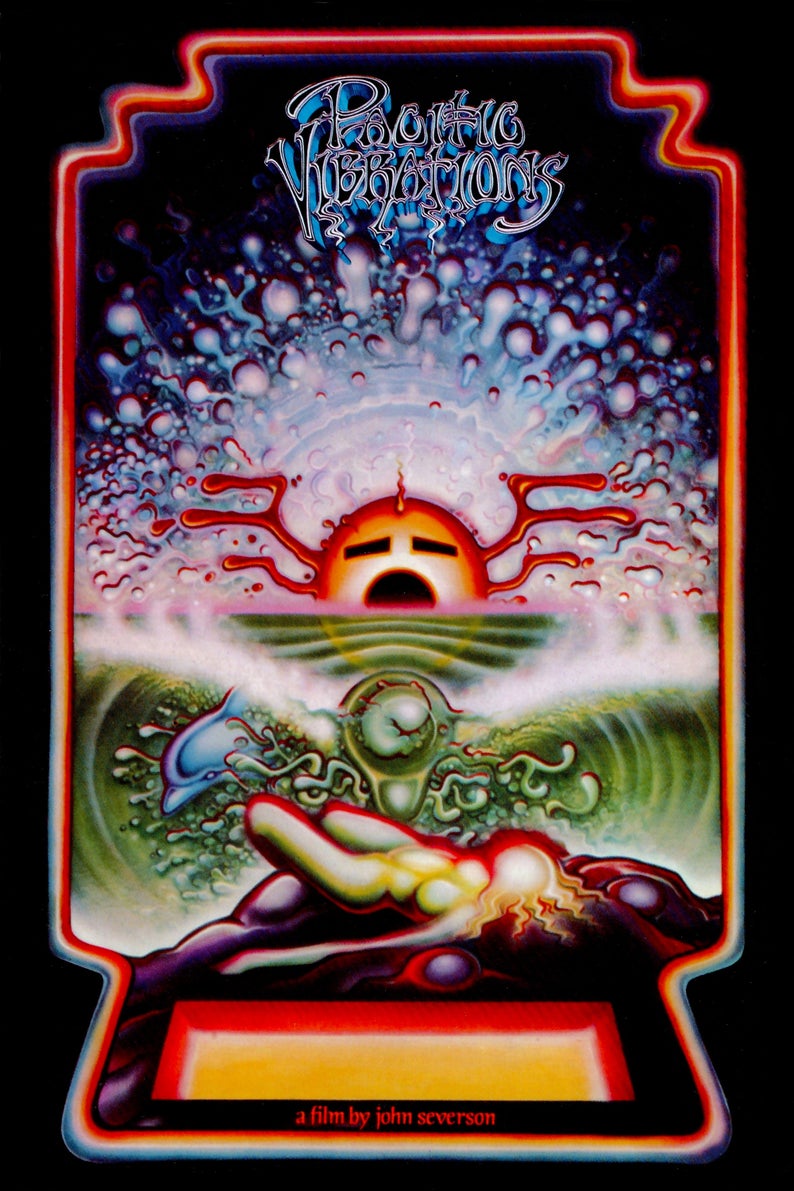 I stumbled over the now extinct  Rick Griffin website the other day, and as usual whenever I run into his work, I think back to the first time I saw this drawing or that poster.

His work is synonymous with early Surfer Magazine and his influence both of and by the San Francisco 60's art scene cemented his standing as a great American artist.

His character Murphy is the archetype stoked surfer and will never be surpassed as the ambassador of stoke.

Griffins work is immediately recognizable,  there is an energy that comes from the work. Be it poster, album cover, flyer or doodle. 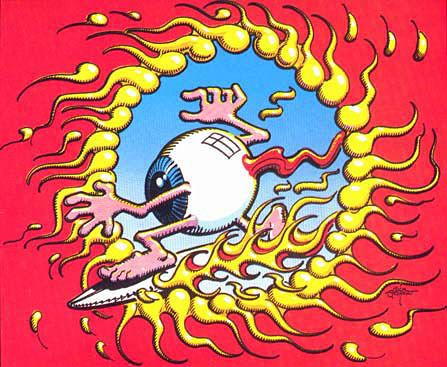 The Laguna Art Museum did a retrospective showing of his work in the summer of 2007 that was fantastic.  I hope someone gathers enough of his material to do another show.

I think my favorite part of the show (other than one of his personal boards) was that since his work was done in the pre-digital age you could walk up to an original work and see the blood and ink that went into it. 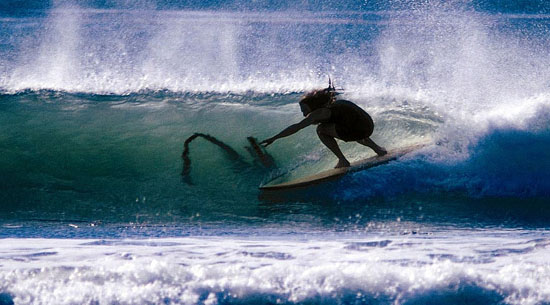 Here is his bio info from Wiki -
Rick Griffin (June 18, 1944 - August 18, 1991) was an American artist and one of the leading designers of psychedelic posters in the 1960s. He was also a contributor to theunderground comix movement whose work appeared regularly in Zap Comix. Griffin was closely identified with the Grateful Dead, having designed some of their best known posters and record jackets. He was also known for his work within the surfing subculture, including his comic strip about a surfer named "Murphy".[1]
Griffin was born near Palos Verdes amidst the surfing culture of southern California. After attending high school, he worked on the staff of Surfer magazine where he created his surfing comic strip. In Los Angeles, Griffin met a group of artists and musicians known as the Jook Savages and participated in the Watts Acid Test held by Ken Kesey.
After seeing the psychedelic rock posters that were being designed by Stanley Mouse and Alton Kelly, Griffin and the Jook Savages decided to move to San Francisco in the fall of 1966, where he designed posters in the living room of his home on Elsie Street in the Bernal Heights district. His first art exhibition was for the Jook Savages, but organizers for the Human Be-In saw his work and asked him to design a poster for their event in January 1967. Chet Helms was also impressed by Griffin's work and asked him to design posters for the Family Dog parties at the Avalon Ballroom, which led Griffin to create concert posters for The Charlatans. Eventually, a poster distribution agency by the name of Berkeley Bonaparte hired Griffin, where he teamed up with the leading poster artists of the 1960s.
In the 1970's he converted to Christianity. He published The Illustrated Book of St. John, a retelling of the Gospel of John with his unique illustrations. He also produced album art for Maranatha! Music, a Christian record label.
In 1991, Griffin was killed in a motorcycle accident in Petaluma, California.