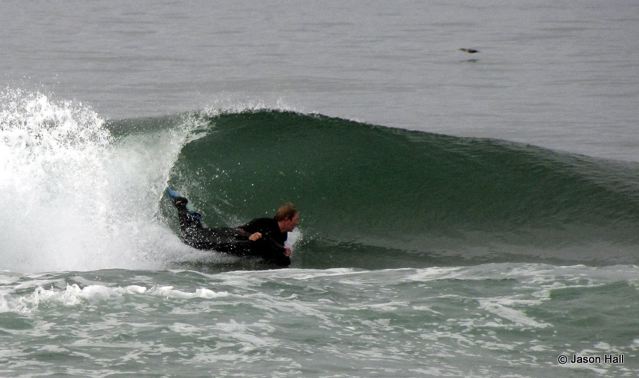 The new sandbar created by runoff from the recent rains was getting along nicely with the dropping tide and with the addition of a new SW swell to the fading yet still potent NW.

Of course most people were sitting to far outside to pick up these inside gems and that was fine by me. The truly great ones were far and few between. Everything had to come together just right. Too much NW and the wave just closed out.  Too much SW and the wave raced along, just too fast to catch.  The match I was looking for were combos of both swells and roped along the new inside bar.

I had caught two already and I was hoping for one more before I called it a day.

I had almost given up when a peak popped up just to my left.  I have always liked a good no paddle take off when I rode standup boards and I enjoy it just as much on the mat. The take offs weren’t totally no paddle, but more a little positioning adjustment to get up under the lip before it pitched and a little flutter of the fins to change direction from being sucked up the wave to hurdling down the face.

The bottom turn on a mat is a composite movement and done properly, a thing of beauty. You take the speed you gained racing down the face, then squeeze the mat allowing it to morph into the shape you need along the inside rail and then add a twist of body English and a dash of fin tip. The result squirts you out and along the face of the wave going faster than you were going before and that was pretty fast. Out toward whatever comes. In this case what was coming was the nice thick pitching section I was hoping for. 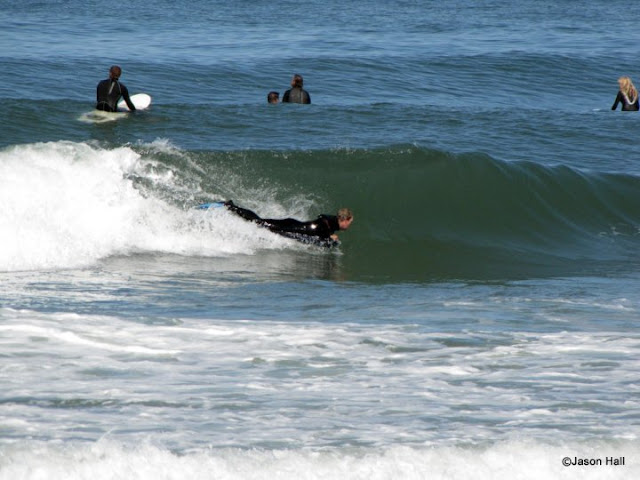 The view, in this case, was pinching down at the end.  I had no complaints but I was now fairly close to shore and but it looked like this wave was going to end with a slap down.

There are several ways to end your participation in waves like this.  Pushing off the mat and free falling to the tube floor is always a good one.  Easy to do and generally resulting in only a minor beating while your mat washing up on shore without you.  While I mulled over some possible exit strategies the decision was made for me by a slight warble of water coming up the wave face.  This particular bit of water slowed my forward progress enough to embed me in the lip.  The lip, now really the roof at this point, paid me no never mind and proceeded to invert my mat and I and slamed both of us on the sand.

Fortunately the mat was fine.  My body had broken its fall.

But I never did find my other fin. 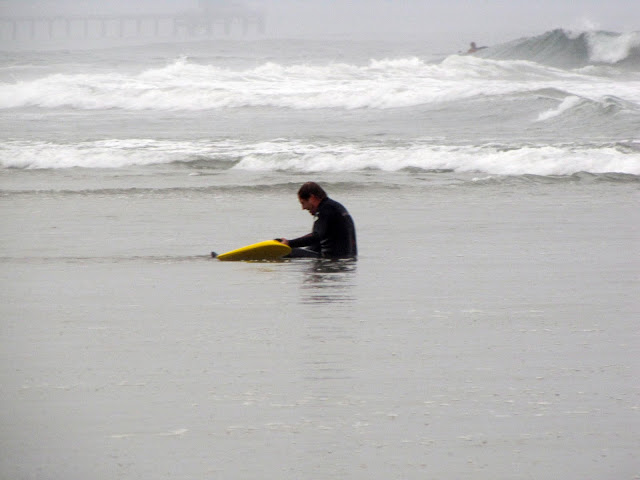