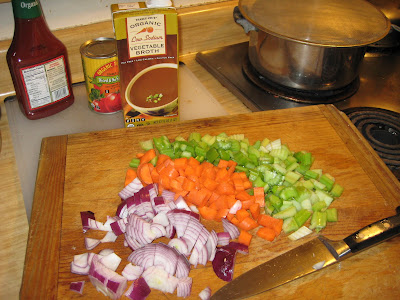 Celery, carrots, onions cooked up with some braised beef chunks and some vegetable broth.

Called Grampa Soup around the house because my father-in-law would whip up a batch when the grand kids came over. 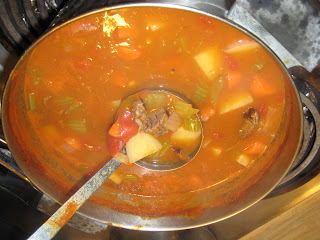 Alternatively called Lumpy Stew for his dog Lumpy who liked the soup too.

Unless it had peas.

Lumpy hated peas and would sift them out of any food that contained them. 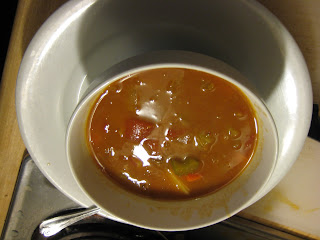 * I'm not entirely sure why the last two pictures came out turned 90 degrees. Maybe its a Blogger thing. Maybe it's a California thing (turning to the left in election years rimshot). I do suggest that you turn your computer monitor to compensate or the soup will spill out all over your shoes.


On the book front, I came across a book I never knew existed, Dirk Gently’s Holistic Detective Agency by Douglas Adams. If that name sounds familiar it's because he wrote The Hitchhikers Guide to the Galaxy.  I  didn't know he had written anything else except Hitchhikers Guide so I'm pretty stoked. 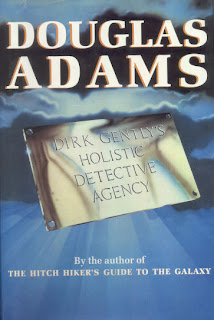 pranaglider said…
If only the rain would have lasted a little longer into the evening! It was mostly done by late afternoon.
February 28, 2012 at 7:10 AM

Unknown said…
Nice
I recall he also wrote "So long and thanks for all the fish"
I also was reminded of our former dog, Cindy, now reincarnated as a dolphin or maybe a shark who used to eat peas but didn't like rum . . .
February 28, 2012 at 12:04 PM